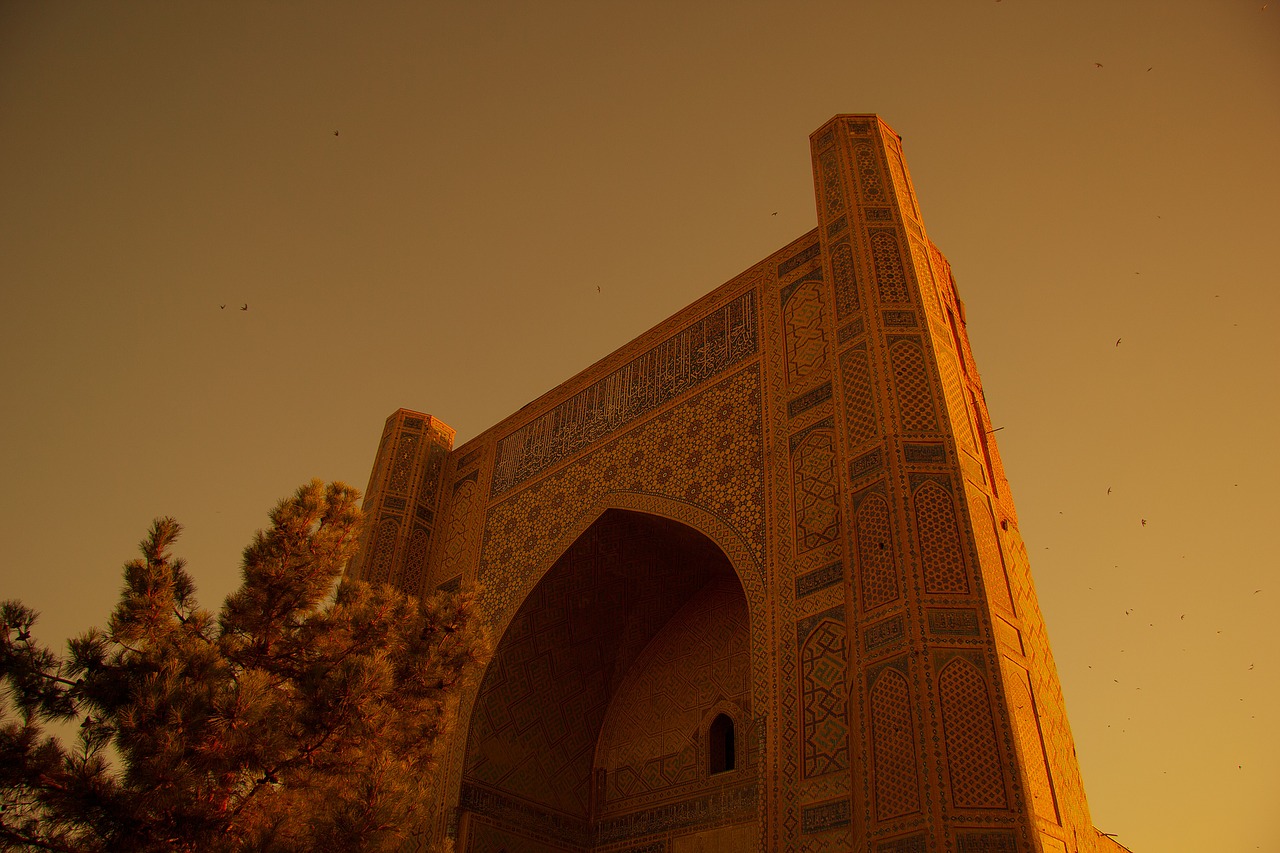 No trip to the beautiful and historic Uzbek city of Samarkand is complete without a visit to Registan Square. A vast expanse of public space bordered on three sides by dramatic buildings, the Registan is breathtaking. It’s not difficult to see why it has been called “the noblest public square in the world.” Here’s what you need to know about this iconic Uzbek landmark.

Its name is a clue to its history.

The word “registan” is usually translated from Uzbek as “sandy area.” The description doesn’t seem to match present-day pictures of the Registan and its stunning medieval buildings. However, the name provides an important clue to the history of this central square. The name hearkens back to an earlier period in Samarkand’s past, when the city was a central hub along the legendary Silk Road trading route.

For many centuries – remember that Samarkand is over 2,500 years old – Samarkand was an important stop for traders, merchants, and travelers journeying between East and West with their goods. During this time, the vast clearing that is now the Registan served as the main square of the city. It was full of markets and vendors and was surrounded by the roadside inns and lodging houses known as caravanserai. Today, although it no longer serves as a marketplace, the Registan is still the heart of Samarkand, drawing visitors from all over the city.

It’s part of the legacy of one of Uzbekistan’s most important rulers.

The Registan as we know it today is part of the long-enduring legacy of Timur, the 14th-century conqueror and founder of the Timurid Empire. The Empire spanned much of Central Asia, including present-day Uzbekistan. To provide an anchor for his growing empire, Timur established Samarkand as his capital and quickly set about rebuilding the city, which had been destroyed by the invading armies of Genghis Khan a century earlier.

The result of Timur’s ambitious reconstruction campaign was a city like none the world had ever seen before. Timur’s wide-ranging military conquests had given him not only architectural inspiration from different regions and cultures, but the financial resources necessary to turn that inspiration into action.

His appetite for construction was seemingly insatiable. Under his orders, gardens, palaces, mosques, and mausoleums were built all around the city by the finest artisans to be found in the Timurid Empire. Furthermore, legend has it that Timur frequently supervised construction himself, sometimes motivating workers by throwing them food and coins.

This construction boom was a defining period in Samarkand’s architectural and cultural development, influencing all later buildings and construction in the city. Thus, although the monuments that surround the Registan were built after Timur’s death in 1405, they could not have been built without his vision.

The three buildings that border it are all madrasas.

The grand structures that line three of the four sides of Registan Square are madrasas, or Islamic schools. The first was built in the early 15th century by Ulugh Beg, a grandson of Timur and one of the leading thinkers of the Islamic Golden Age. A scientist and mathematician, Ulugh Beg transformed Samarkand into the region’s intellectual capital by constructing the madrasa and inviting scholars from all over the Islamic world to study and teach there. As a tribute to his most passionate interest – astronomy – the portal of Ulugh Beg’s madrasa depicts stars against the sky.

The other two madrasas were constructed in the 17th century and were deliberately built to match the style of Ulugh Beg’s madrasa. The first of these, the Sher-Dor madrasa, features a motif of lions and tigers in elaborate tile work on its portal. This is an appropriate reflection of its name, which means “decorated with tiger’s or lion’s image.” The second madrasa, whose construction was launched a decade after Sher-Dor was completed, is called Tilya-Kori, which means “golden.” Tilya-Kori contains the complex’s only mosque, which features an interior beautifully decorated with gold leaf.

It influenced other iconic buildings.

If the majestic madrasas of the Registan seem somehow familiar, that’s likely because they exerted a profound influence on the architectural development of other buildings in distant cities. A great deal of Mughal architecture in what is now India and Pakistan drew inspiration from the Registan and the other wonders of Samarkand’s Timurid period, as did the Imam Mosque at Isfahan and the Safavid monuments of Persia. But perhaps the best-known monument inspired by the Registan is the Taj Mahal at Agra.

It exists in miniature form.

In 2017, with the goal of building international awareness of Uzbekistan’s remarkable architectural and cultural legacy, representatives from the country presented the United Nations with a maquette of Registan Square. An amazing miniature version of its grand counterpart, the maquette was made by Uzbek artisans, and is decorated with precious stones and metals.