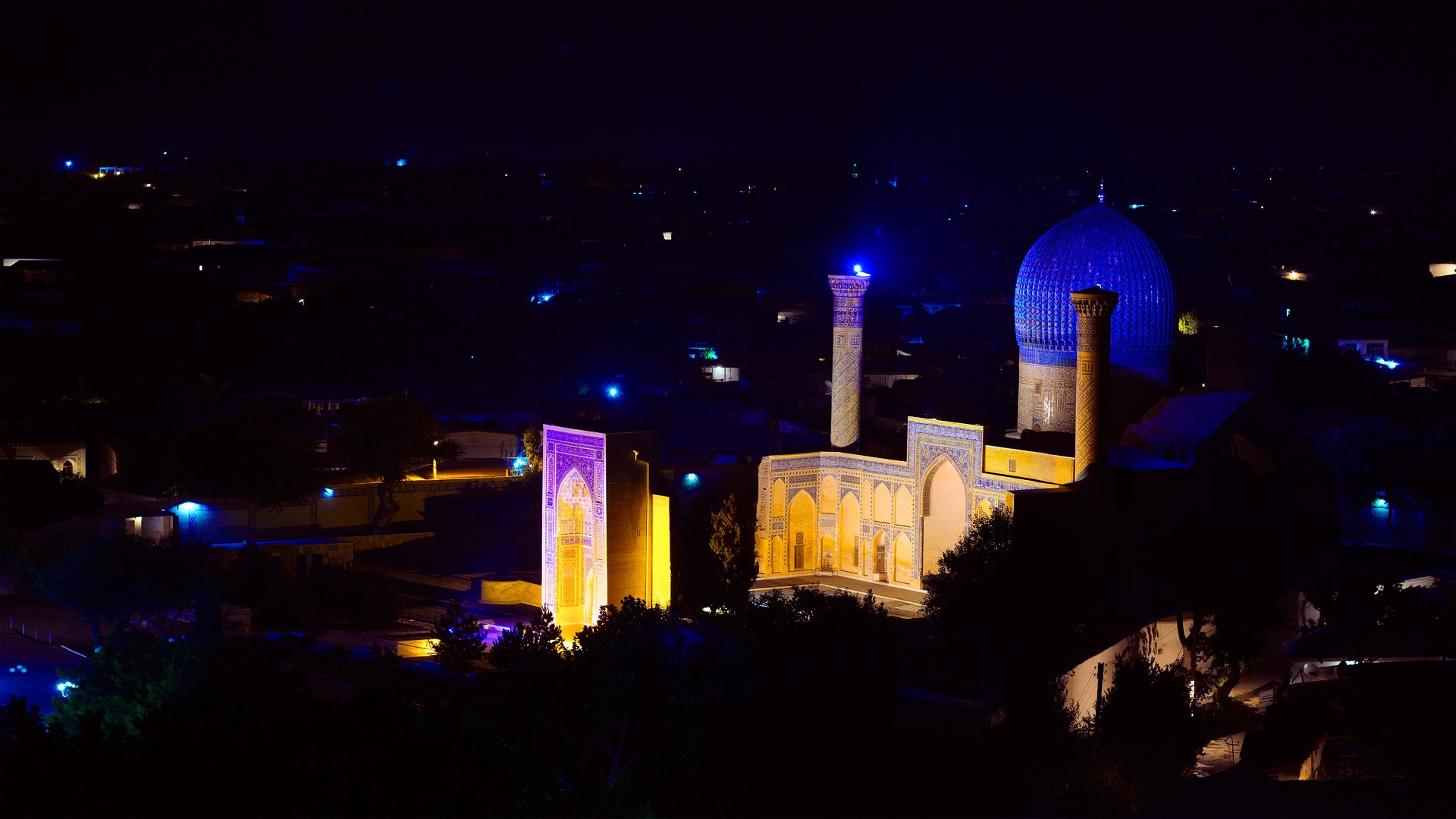 As Uzbekistan’s envoy to the United Nations Educational, Scientific and Cultural Organization (UNESCO), Lola Karimova-Tillyaeva works to increase global awareness of her nation’s heritage. Researchers believe that human beings inhabited the area now known as Uzbekistan by the Paleolithic Period, perhaps as long as 70,000 years ago.

Later, the rich agricultural lands of the Amu Darya region served as the site of emerging early states such as Sogdiana and Bactria, established within the first thousand years before the Common Era. This region would become a center for the now-famous Silk Road trading routes. The Silk Road developed into the nexus of a confluence of cultures that would influence not only the economic history of the world, but its social and artistic activities, for centuries.

Uzbekistan Has a Multicultural History

The migrations of peoples through this region resulted in one of the most diverse collections of cultures in the world. Starting in the 8th century of the Common Era, the religion and culture of Islam became a major influence. Over the course of the medieval period, Mongol peoples played a major role in the area, with the Dzungars and Persians also playing a minor role in the early modern period. In the 19th century, Czarist Russia conquered much of Central Asia.

The early Uzbeks, a people of Turkic-Mongol heritage, originally moved into modern Uzbekistan from Siberia during the medieval period. In the first third of the 15th century, a descendant of the Mongol Genghis Khan achieved rulership over the Siberian Uzbek tribes; he later directed his people south to settle near the Syr Darya River. Their habitation would become the central confederation for the Uzbek peoples.

In 1990, Itchan Kala became the first Uzbek site to earn UNESCO designation. The term “Itchan Kala” refers to the innermost part of a town situated at the site of the last caravan stop on a desert trade route near the ancient Khiva oasis. The remaining structures at Itchan Kala are few in number, but those that remain serve as beautiful examples of Central Asia’s Islamic-influenced architectural traditions.

In particular, the 18th-century Djuma Mosque offers a distinct walk into the past. The construction of its flat ceiling, supported by rows of columns fashioned mostly from tree trunks, is without peer in the region. Prayer sessions within the mosque’s walls are solemn and beautiful due to the moonlight that drifts through holes deliberately placed in the ceiling.

The fabled city of Bukhara, which UNESCO designated a World Heritage site in 1993, was a major stop along the Silk Road. Built more than two millennia ago and revered for its inhabitants’ levels of learning, literature, and culture, Bukhara represents a nearly intact example of a Central Asian city of the Middle Ages. It is still in use today and is considered one of the most forward-looking cities in the region, with a contemporary population of approximately a quarter of a million people.

Because of the significance of the architectural and historic treasures located within its borders, Bukhara’s old city is often called a “living museum.” Bukhara retained a leading place among world cities into the 19th century. The tomb of Ismail Samani is among Bukhara’s most well-known and architecturally stunning monuments. Historians consider it a masterwork of medieval Islamic design.

More than 2,000 years old, the historic core of the city of Shakhrisyabz in southern Uzbekistan earned World Heritage status in the year 2000. The numerous quarters and historic monuments of the city continue to bear witness to its lengthy and varied development over time, with an artistic peak in the 15th century.

The city’s medieval walls are still partially intact, and residents continue to use the reconstruction of a series of 15th-century baths heated by a below-ground system. Shakhrisyabz is also the location of the magnificent Ak-Sarai Palace, the base of whose towering gate still stands.

In 2001, UNESCO named Samarkand, a true cultural melting pot, to its World Heritage list. The city was once the capital of the conqueror Timur, often called Tamerlane in Western literature.

Rising to prominence in the 1300s and 1400s, Samarkand is the home of a famous observatory constructed by Timur’s grandson, as well as numerous historic mosques and the Shakhi-Zinda mausoleum complex. Known as a place of evocative mystery, the Shakhi-Zinda compound consists of row upon row of shining blue tombs nestled along medieval streets.

The peaks of the Western Tien-Shan range rise as high as 4,500 meters. Among the largest mountain ranges on earth, the system is the site of a biologically diverse population of animals and plants.

The Tien-Shan range is particularly known for its forests, which are filled with varieties of wild fruits and walnut trees. More than a dozen nature preserves and designated parklands of the Western Tien-Shan World Heritage site area stretch over close to half a million hectares across the borders of Uzbekistan, Kyrgyzstan, and Kazakhstan. UNESCO named the Western Tien-Shan to its World Heritage list in 2016.